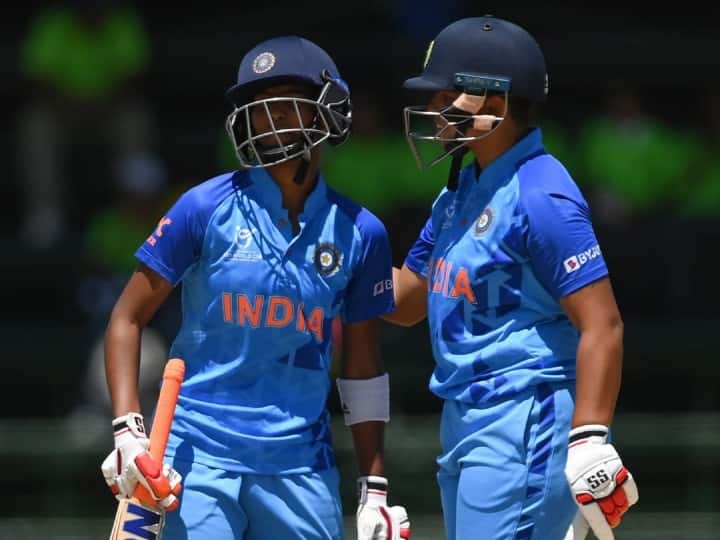 U19 Women’s T20 WC: In the Women’s Under-19 T20 World Cup (U19 Women’s T20 WC) being played these days, the Indian team is seen in excellent rhythm. The team registered a big and spectacular victory by 122 runs in the second match played against United Arab Emirates (UAE). Batting first, the Indian team put 219 runs on the board at the loss of 3 wickets in 20 overs. Chasing the target, the UAE team could score only 97 runs in 20 overs at the loss of 5 wickets.

Shweta Sehrawat, captain Shefali Verma and Richa Ghosh had the biggest hand in helping the Indian team reach these runs. In this match, Shefali Verma played a blistering inning of 78 runs in 34 balls at a strike rate of 229.41. His innings included a total of 12 fours and 4 sixes. He was awarded the title of ‘Player of the Match’ for this innings.

Significantly, the women’s Indian team has played a total of 2 matches in this Under-19 World Cup so far. The team won both the matches. The Indian team played its first match against South Africa. In that match, Team India won by 7 wickets. At the same time, against UAE, the team registered a resounding victory by 122 runs.

Sri Lankan team failed in front of Rohit Sharma in 2014, this year Virat Kohli bowed down in front of him, statistics are surprising