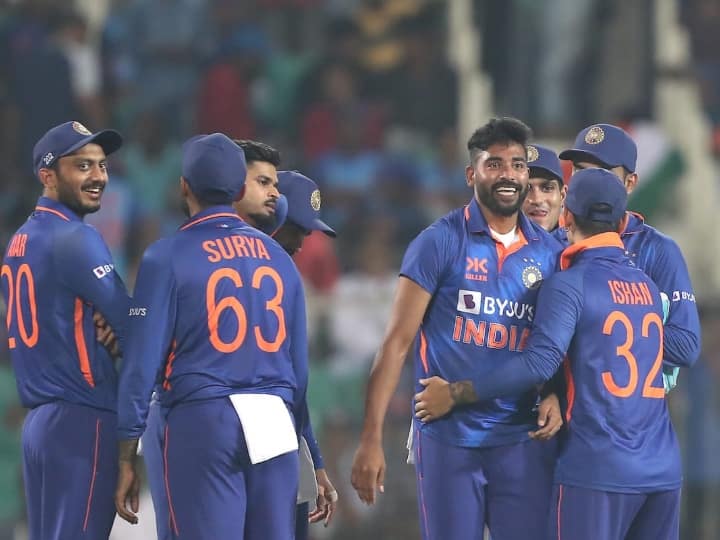 India vs New Zealand 3rd ODI: The last match of the three ODI series between India and New Zealand will be played on 24 January. This match between the two teams will be held at the Holkar Stadium in Indore. Rohit Sharma’s brigade has a great chance to wipe out New Zealand 3-0. Team India has already gained an unbeatable lead in the series by winning two matches. If the New Zealand team loses this match, then it will be the third time on the Indian soil when Team India will clean sweep the Kiwis in the ODI series. Let us tell you that how many times before this India whitewashed New Zealand on its soil.

In the year 1988-89, the New Zealand team came on a tour of India to play a five ODI series. In this ODI series, India won four matches in a row. The fifth match was not played due to bad weather. In this way, for the first time, the Indian team made a clean sweep of New Zealand in the ODI series on their own soil. In this ODI series, India won the matches played in Visakhapatnam, Cuttack, Indore (Nehru Stadium) and Vadodara. At the same time, the match played in Jammu was canceled due to bad weather.