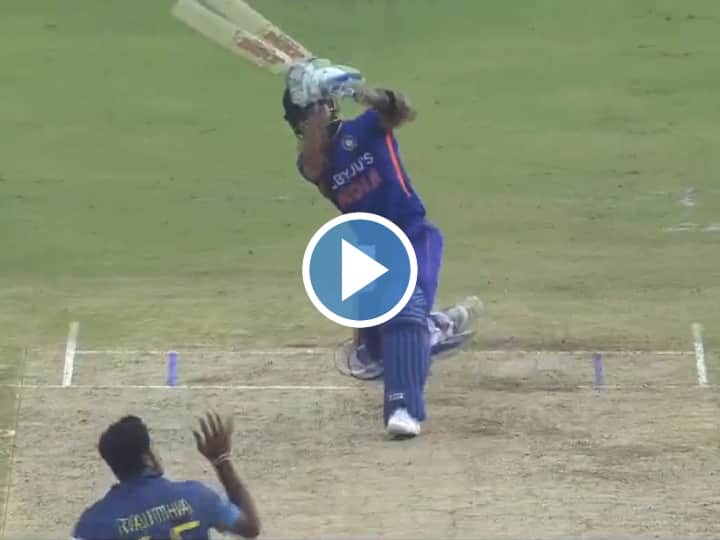 Kohli’s brilliant six: In the third ODI match played between India and Sri Lanka, Team India registered a historic victory of 317 runs. In this match, Indian batsman Virat Kohli scored the 46th century of his ODI career. In this match played in Thiruvananthapuram, King Kohli played an unbeaten inning of 166 runs. His innings included a total of 13 fours and 8 visible sixes. In this innings, he hit the most sixes in an innings of ODI cricket. During this, his strike rate was 150.91. Meanwhile, he hit such a six, which everyone became crazy about.

He made this brilliant shot after completing his century. This shot from his bat came out in the 44th over of the innings. During that time Kasun Rajita was throwing the 8th over of his spell. This was the third ball of the over. The video of this shot was shared on Twitter by BCCI. In this video you can see that he went ahead of the crease for this shot and seeing the ball going away from himself, he swung the bat hard on the long on and the ball hit his bat and fell 97 meters away.

In this shot of him, a glimpse of Mahendra Singh Dhoni’s helicopter shot was seen. However, this was not such a shot. But he swung the bat twice in the same way. He played this shot when he was batting on 101 runs. Fans became crazy about this shot of him.

became player of the series

IND vs SL: Know what Indian captain Rohit Sharma said after getting the biggest win in ODI cricket?