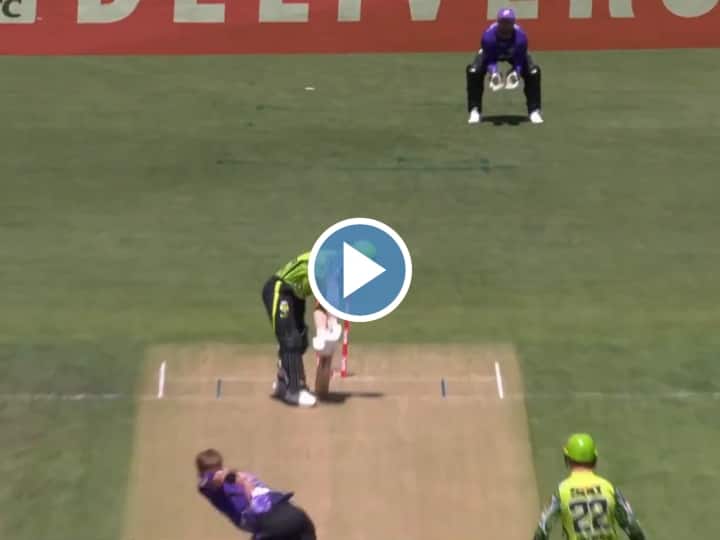 Big Bash League: In the Big Bash League (BBL 2022-23) match played between Hobart Hurricanes and Sydney Thunder on January 15, Hobart Hurricanes displayed excellent bowling. In this, he dismissed Sydney Thunder for 135 runs in 20 overs. In his bowling, such an inswing yorker was seen, which blew everyone’s senses. Its video is becoming fiercely viral on social media.

In this video you can see that the first over of that match was being bowled and Riley Meredith, who brought the first over, made David Warner walk on the fifth ball of the innings. Warner returned to the pavilion on the second ball of his innings without opening the account. Warner failed to stop Riley Meredith’s ball and the ball scattered his balls. This ball was being made on sight.

In this match, Hobart Hurricanes won by 5 wickets. The first excellent bowling was seen from Hobart Hurricanes. After this, he did wonders in batting and won the match very easily. Coming out to bat first, Sydney Thunder put 135 runs on the board after losing 10 wickets in 20 overs. Chasing the runs, Hobart Hurricanes chased down the runs in just 16.1 overs and put the match in their account. In this, Tim David scored an inning of 75 runs in 41 balls with the help of 5 fours and 6 sixes.