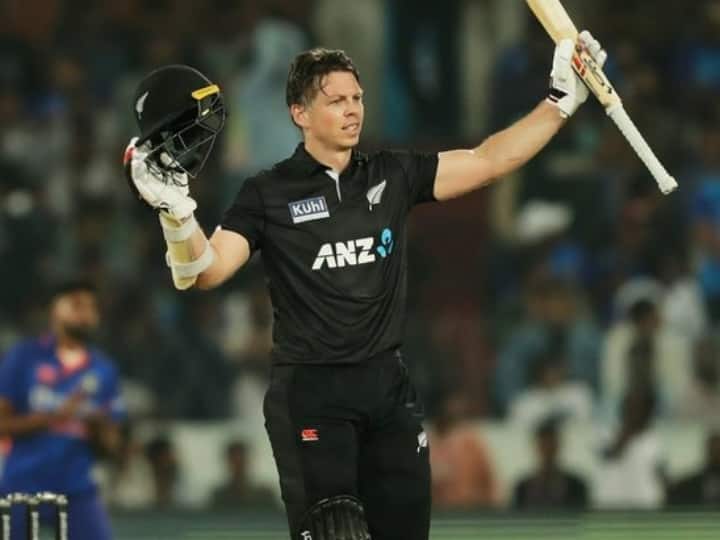 On the other hand, talking about this match, the New Zealand team was struggling after losing 6 wickets for 131 runs. At that time it seemed that the Kiwi team would easily lose the match, but Michael Bracewell and Mitchell Santner played brilliantly. There was a quick partnership of 163 runs between Michael Bracewell and Mitchell Santner. The partnership of both the players changed the course of the match. However, Indian bowlers made a comeback in the death over. Talking about Indian bowlers, Mohammad Siraj was the most successful bowler. Mohammad Siraj dismissed 4 players for 55 runs in 10 overs. Apart from this, Kuldeep Yadav and Shardul Thakur got 2-2 success.

Michael Bracewell has earned respect from everyone including Team India. pic.twitter.com/5ITLJWSapq

Michael Bracewell’s heroic innings went in vain as India defeated the Kiwis in a high-scoring ODI in Hyderabad.#INDvNZ , : https://t.co/raJtMjMaEn pic.twitter.com/S3TU8hLGMr

One of the best ODI innings in history in the run chase – Michael Bracewell You have earned the respect of every cricket fan. pic.twitter.com/IT9t8Pd20X

What a hundred for Michael Bracewell. New Zealand were at 131/6 at one stage and since then he scored 103* off 57 balls which included 11 fours and 6 sixes against India. Incredible century under pressure. pic.twitter.com/vTrQk4I5oo

Everyone has earned respect, including Michael Bracewell #TeamIndia,

New Zealand had a target of 350 runs

Significantly, Team India, who came out to bat first, scored 349 runs for 8 wickets in 50 overs. Opener Shubman Gill scored a double century for Team India. This young player played an excellent inning of 208 runs in 149 balls. The Indian opener hit 19 fours and 9 sixes in his innings. In this way, Shubman Gill has become the fifth Indian cricketer to score a double century in ODI cricket. Before Shubman Gill, Sachin Tendulkar, Virender Sehwag, Rohit Sharma and Ishaan Kishan have done this feat. Shubman Gill was chosen as the player of the match.