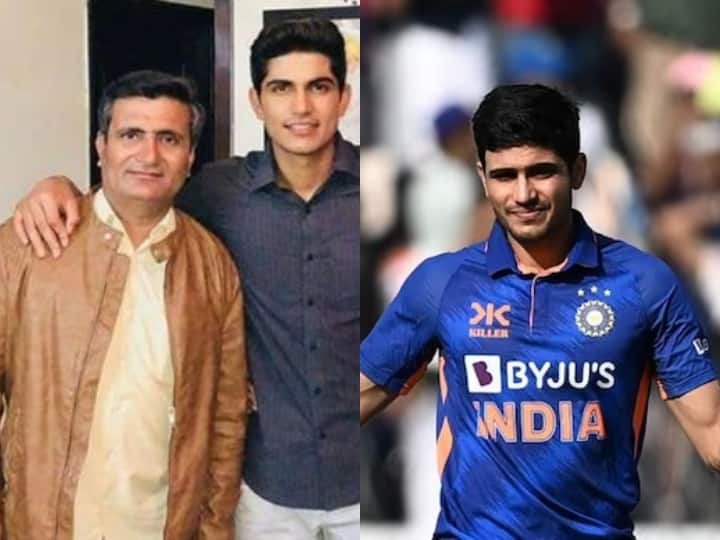 Shubman Gill Father: Shubman Gill scored a double century in the first ODI against New Zealand. Team India’s opener scored an inning of 208 runs. Earlier, in the ODI match against Sri Lanka, Shubman Gill had played an inning of 116 runs, but after this innings, father Lakhwinder Gill was very unhappy. Actually, Shubman Gill’s father Lakhwinder Gill believes that when Shubman Gill returned to the pavilion against Sri Lanka, this player had a great chance to score a double century. At the same time, he said that in cricket you will not get a good start every time, but when you get it, you have to convert it into a big score.

Shubman Gill’s father Lakhwinder Gill always expects big innings from his son, but today he is very happy with the way the youngster converted a good start into a double century. Although, Shubman Gill has played many memorable innings in international cricket, but the father believes that whenever a good start is received, it should be converted into a big score. However, Shubman Gill managed to do so in the first ODI against New Zealand today. He hit 19 fours and 9 sixes in his brilliant innings. Due to this brilliant innings, Team India scored 349 runs in 50 overs.

The first match of the 3 ODI series between India and New Zealand is being played at the Rajiv Gandhi International Stadium in Hyderabad. Team India, who came out to bat first, scored 349 runs for 8 wickets in 50 overs. Opener Shubman Gill scored a double century for Team India. This young player played an excellent inning of 208 runs in 149 balls. The Indian opener hit 19 fours and 9 sixes in his innings. In this way, Shubman Gill has become the fifth Indian cricketer to score a double century in ODI cricket. Before Shubman Gill, Sachin Tendulkar, Virender Sehwag, Rohit Sharma and Ishaan Kishan have done this feat.

Shubman Gill Double Century: Veterans are reacting like this on Shubman Gill’s double century, see who said what