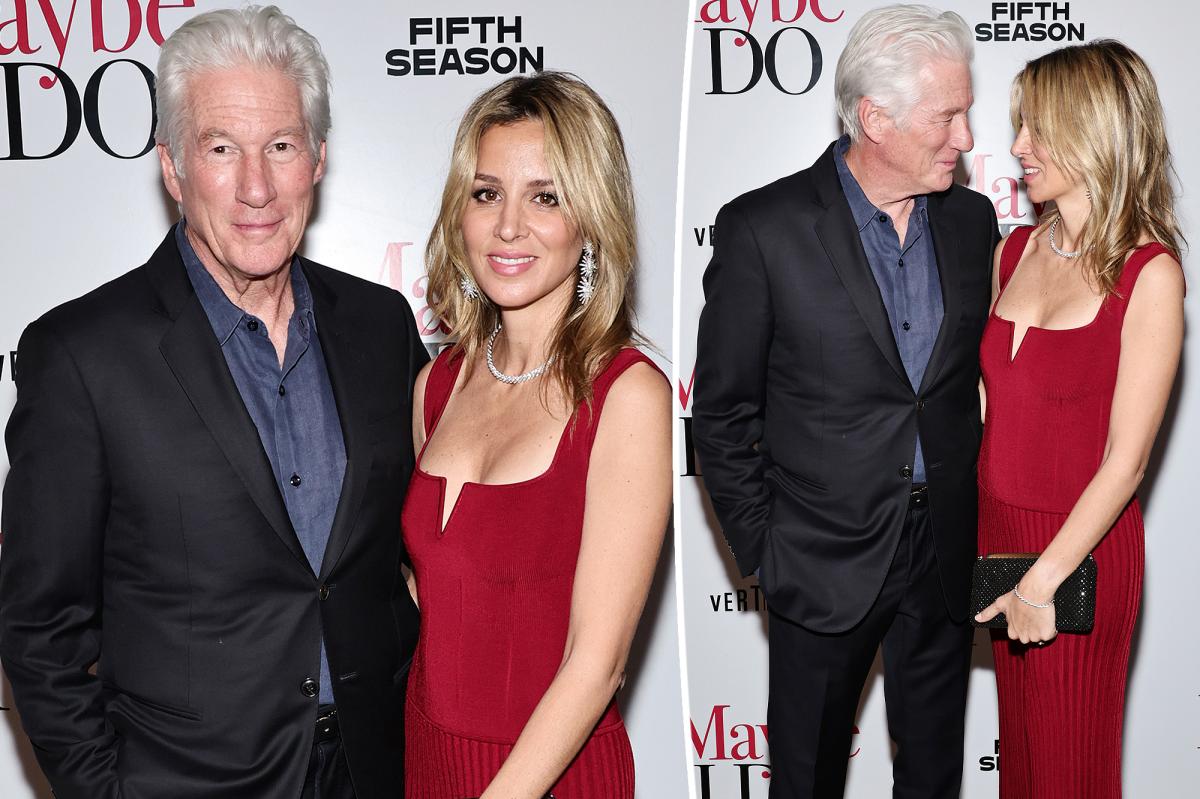 Richard Gere and wife Alejandra Silva looked overjoyed as they walked the red carpet for a screening of the actor’s latest project, “Maybe I Do,” on Tuesday.

The 73-year-old couldn’t take his eyes off his beautiful wife, who stunned in a form-fitting red dress with a plunging neckline.

Silva, 39, let her blonde hair down in loose waves and opted for subtle glam, while Gere kept it simple in a black suit and navy blue shirt.

The “Pretty Woman” star kept his wife close by as he smiled for photos, before meeting some of his co-stars including Susan Sarandon and Emma Roberts.

The couple, who secretly tied the knot in 2018, have kept most of their relationship out of the public eye – including their two young sons.

However, last month they shared a rare glimpse of their life as parents on Instagram while they were on vacation during the holidays.

Silva wrote alongside, “Merry Christmas 🎄from our family to yours.” A photo of a family standing on a dock,

In the photo, 3-year-old Alexander matched his younger brother — whose name has not been revealed — as he gazed at the azure blue water.

Gere and Silva are very protective of their children and have yet to share their faces online.

Prior to his relationship with the publicist, Gere was married to Cindy Crawford from 1991 to 1995. He was also married to Carey Lowell for 14 years and the former couple have a son, Homer, 22.

Meanwhile, Silva was married to businessman Govind Friedland from 2012 and 2015. The pair shares a 10-year-old son named Albert.