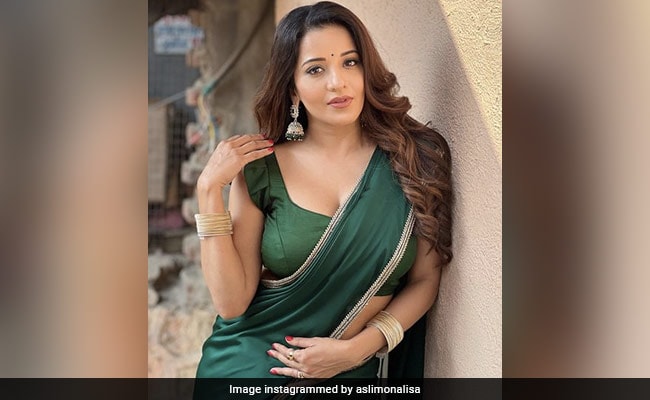 Fans are eagerly waiting for Shah Rukh Khan’s ‘Pathan’. The film may have been in controversies, but there is a tremendous craze among people regarding its songs. Fans on social media are continuously making funny dance videos and reels on both Pathan’s songs ‘Besharam Rang’ and ‘Jhoome Jo Pathan’. In this episode, Bhojpuri actress Monalisa has also expressed her love for Pathan. In fact, recently a video of the actress is becoming increasingly viral on Instagram, in which she is seen dancing to King Khan’s song ‘Jhoom Jo Pathan’.

Pictures or videos of Bhojpuri Queen Monalisa become viral as soon as they appear on social media. Meanwhile, once again a video of him has surfaced on the internet. Pathan’s fever is also visible on Monalisa in the video. Actually, in this, Monalisa is seen doing a tremendous dance on Pathan’s song ‘Jhoom Jo Pathan’. Seeing Monalisa’s dance, the fans have become convinced of her beauty as well as dance. Monalisa can be seen copying Shahrukh’s hook step. His expressions in dance are worth watching. Talking about the look of the actress in the video, she is seen wearing a pink colored top and shorts. While talking about hair style and footwear, Monalisa is seen complementing her look with ponytail made boots. Monalisa is looking amazing in this video as always.

Sharing this video with her official Instagram handle, Monalisa wrote in the caption, ‘Eagerly waiting for handsome Mr. Pathan. I am not able to control my emotions. Both the song and the trailer are amazing. Seeing this dance video of Monalisa on Pathan’s song ‘Pathan Fever’, fans are showering praises on social media. One fan wrote in the comment box, ‘I was not going to see Pathan…but will have to see now’ while the other wrote that you are looking amazing. At the same time, one suggested that you add this part of the dance to the song ‘Pathan’.

Manish Sisodia said, ‘Why is the LG of Delhi against the training of teachers?’