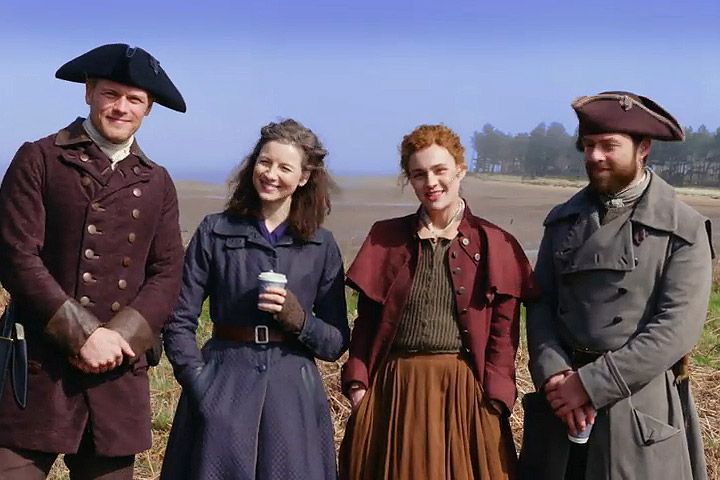 The eighth — and final — season of Outlander has officially been announced.

On Thursday, STARZ revealed it had renewed its time travel romance for one more batch of episodes.

Along with a dash of bitter news for fans of Diana Gabaldon’s page–to–screen adaption came a sweet surprise: STARZ has greenlit Outlander: Blood of My Blood, a prequel series about Jamie Fraser’s parents, Brian Fraser and Ellen MacKenzie.

Along with the announcement, STARZ released a video about the final season that included Outlander’s central couple teasing the end of the series.

“Every good story has to come to an end,” says Sam Heughan, who plays Jamie Fraser. “It always does,” replies Caitríona Balfe, who portrays Claire Fraser.

“We’re going to go out with a bang, and tell the story how it should be,” adds John Bell, a.k.a. Young Ian.

“It’s not over yet,” Skelton says in the clip. That means we get to be with our characters a whole other year. “With love and enthusiasm,” adds Rankin.

Heughan ends the teaser by saying,” We can’t wait to bring the last season to you guys.”

“We hope that we do you proud,” says Balfe.

Kathryn Busby, president of original programming for STARZ shared her excitement in the statement. “For nearly a decade Outlander has won the hearts of audiences worldwide and we’re pleased to bring Claire and Jamie’s epic love story to a proper conclusion,” she said. “But before we close this chapter there is plenty of their passionate story to tell over the course of 26 new episodes and even more to explore this dynamic world and its origin story.”

Fans last saw Outlander — which premiered in 2014 — grace their screens when season 6 aired this past spring.

“The cast and crew are back at it,” the series shared at the time from its official Twitter account. “#Outlander Season 7 is in production!”

The eighth season of Outlander will consist of 10 episodes, following an extended 16-episode seventh season, which is currently filming in Scotland and will air this summer on STARZ.