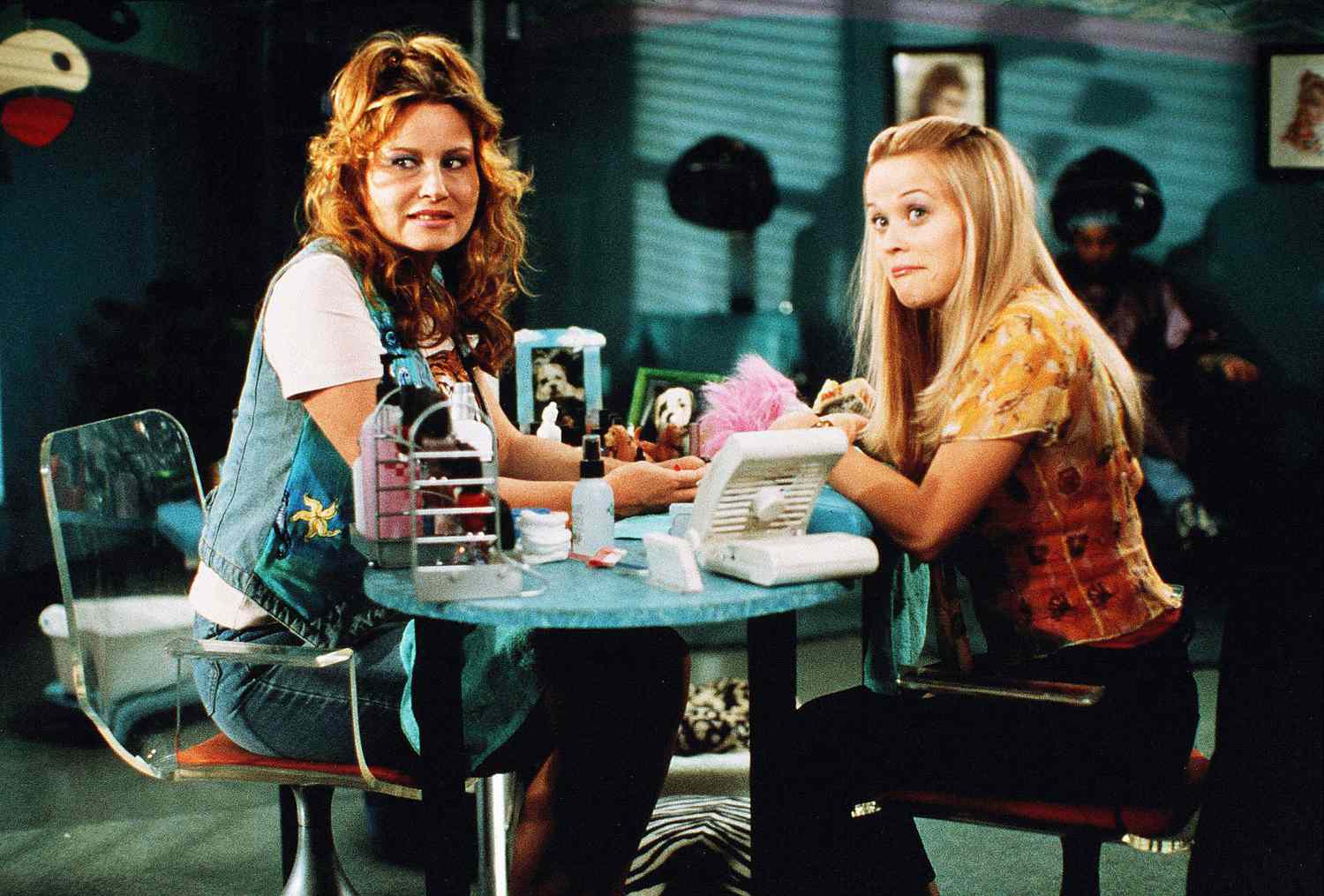 In her 2023 Golden Globe Awards acceptance speech, The White Lotus star Jennifer Coolidge thanked “some of the people in this room … that kept me going for, you know, 20 years with these little jobs.”

Though her career as of late hasn’t been so little, thanks to her award-winning Lotus role and breakouts in The Watcher, preceded by her memorable moments in Legally Blonde, American Pie and various Christopher Guest films, Coolidge has had several of what she called “little jobs … just enough to get me to the next one.”

After scoring a handful of bit parts on television and movies in the 1990s, a 37-year-old Coolidge was credited as “Hottie Cop” in the 1998 SNL spin-off film A Night at the Roxbury.

Coolidge also milked her moment in 1999 as “Woman at Football Game” in the second Austin Powers film.

It was her now-iconic role as Stifler’s Mom in the American Pie films that catapulted Coolidge into the pop culture stratosphere.

She also talked about the film in her 2023 Globes speech, saying, “I’ve milked that to death. I’m still going for six or seven [films], whatever they want.” (So far it’s been four.)

“It was a gift, and so much fun to make because Guest lets you come up with everything,” Coolidge told Ariana Grande in a 2022 interview for EW. “He gives you your name and a rough outline of who you are, but you get to come up with your look, you improv all the dialogue.”

Grande, a longtime fan of the actress, dressed up as her BIS character for Halloween in 2022 and included her in her 2018 “thank u next” music video, a move Coolidge called the “instigator” for her 2020s career renaissance.

The year 2001 brought the role many first met Coolidge in: that of down-on-her-luck manicurist Paulette. In her EW chat with Grande, the actress called the role “a gift from god,” and thanked Reese Witherspoon in her 2023 Golden Globes speech.

In 2003, she reprised the role in Legally Blonde 2: Red, White & Blonde and has dropped some hints about the long-discussed third film.

Blink and you might miss her, but Coolidge joined the all-star cast of Zoolander in 2001 as she was also hitting the silver screen in Legally Blonde and American Pie 2.

In the TV movie with a plot that’s exactly what the title implies, Coolidge shared the screen with Paul Reiser.

Coolidge’s next foray into the world of Christopher Guest was in the musical mockumentary A Mighty Wind, alongside stars Eugene Levy and Catherine O’Hara, as well as Larry Miller (pictured). She went on to appear in Guest’s 2006 film For Your Consideration, and 2016’s Mascots.

Like many a star, Coolidge had a one-episode moment on Friends as a former pal of Monica and Phoebe. Calling the cast “nice and friendly,” she also said she “was very intimidated because they were all so attractive and had it going on,” according to a 2019 BuzzFeed News article.

The actress made her one-episode storyline on SATC a memorable one, playing purse designer Victoria, an old friend of Carrie, Samantha, Charlotte and Miranda.

The actress joined the teenage dream pairing of Hilary Duff and Chad Michael Murray in the re-telling of Cinderella, playing evil stepmother Fiona. The role earned her her sole Teen Choice Award for Choice Movie Sleazebag.


The Secret Life of the American Teenager, 2008

Coolidge appeared on 35 episodes of The Secret Life between 2008 and 2012, coming on as a prostitute named Betty who eventually marries (and divorces) Ben’s dad Leo.

In the second season of the CBS sitcom, Coolidge joined the cast as Max and Caroline’s neighbor Sophie Kachinsky, in a part Deadline reported was created just for her. She appeared on 124 episodes of the show, up until its end in 2017.

The hilarious 2013 Sundance favorite about a woman obsessed with Jane Austen (Keri Russell) featured Coolidge in a boisterous role in which she “improvises up a storm,” IndieWire.com wrote in a review.

In the final season of Glee, Coolidge came on for a handful of episodes as Heather Morris’ character Brittany’s mom, Whitney S. Pierce, opposite Ken Jeong as her dad.

Cast member Billy Lewis Jr. told Hollywood Life that “watching the two of them work is like gold. It’s like a comedic masterclass. The way they come up with new lines on the spot and make each other laugh constantly. It’s just gold.”

Coolidge played mom to Carey Mulligan’s Cassie in Emerald Fennell’s critically acclaimed film. “I believe it was a really brave film,” Coolidge told GQ. “It was so expertly told and I’m so glad that [Emerald] was at the helm.”

Chad Hodge created what was billed as Netflix’s first gay holiday rom-com, and wrote the part of Aunt Sandy with Coolidge in mind — before she ever agreed to be in the film. “That’s something I have never done in 22 years of writing,” he told EW of the move.

Coolidge reached a new fan base in 2021 with the HBO smash The White Lotus, in which she played rich damsel in distress Tanya McQuoid. She won an Emmy Award for her scene-stealing work.

“This White Lotus thing wasn’t supposed to be anything, really. I mean, look, I think [creator] Mike White is a genius, but I didn’t think it was going to be this incredibly … this wave you can ride and get these opportunities that just keep showing up. Just, my mind is blown,” she told the Los Angeles Times.

The actress’ star could not rise higher than it did following the dramatic conclusion of the Sicily-set series, which [SPOILER] saw her character killing her would-be kidnappers before tragically dying herself. Coolidge received Golden Globe and Critics Choice Awards for her work, as well as a Screen Actors Guild Award nomination.

“My life had been sort of flatlining for quite a while, so this is above and beyond, and it’s a thrill,” Coolidge told EW.

Coolidge returned to her flighty ways as realtor Karen Calhoun in the Ryan Murphy Netflix thriller.

“You sort of dream of playing people like Karen Calhoun because it’s not that much fun to just play someone who’s extremely obedient and ordinary,” Coolidge said in a Q&A with Netflix. “I mean, she’s sort of a wild card. She’s definitely someone that you have no idea what’s going to come out of her. [She] knows what she wants and she’s extremely ambitious. I think when people get ambitious, something can just take over sometimes and things can really run amok.”