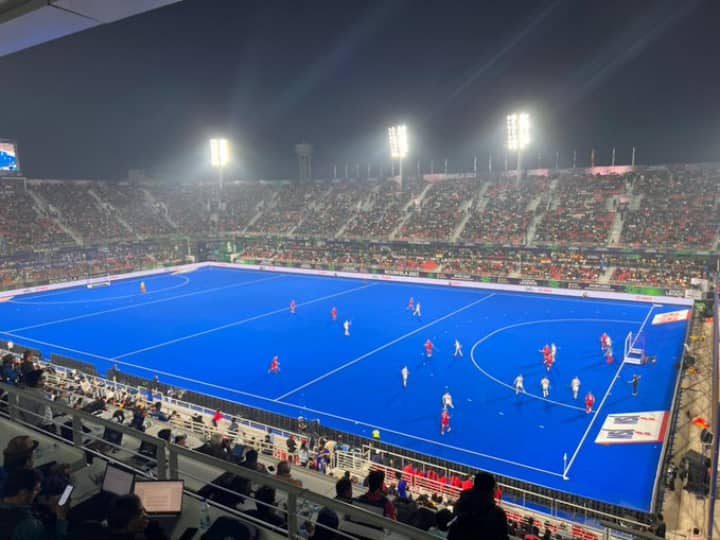 FIH Hockey Men’s World Cup 2023: Hockey World Cup matches are going on in Odisha, India. Today the Indian team came out to play its first match of the tournament. In this match, the team of Spain was in front of Team India. At the same time, India defeated Spain 2-0 in this match. Local player Amit Rohidas scored the goal for India. At the same time, Hardik Singh scored the second goal for India. This match between the two teams was played at the Birsa Munda International Stadium in Rourkela. The Indian team is in Pool-D. Apart from India and Spain, England and Wales are also in this pool.

Earlier, Odisha Chief Minister Naveen Patnaik reached the ground to watch the match between India and Spain. Apart from this, the Chief Minister of Odisha also participated in the national anthem.

The Indian team was as follows-

The Spain team was as follows-

Will Rohit Sharma’s record of most centuries in T20Is be broken this year? This Indian can create history

KL Rahul Wedding: Sunil Shetty will give a special performance at daughter Athiya’s wedding, know what else will be special