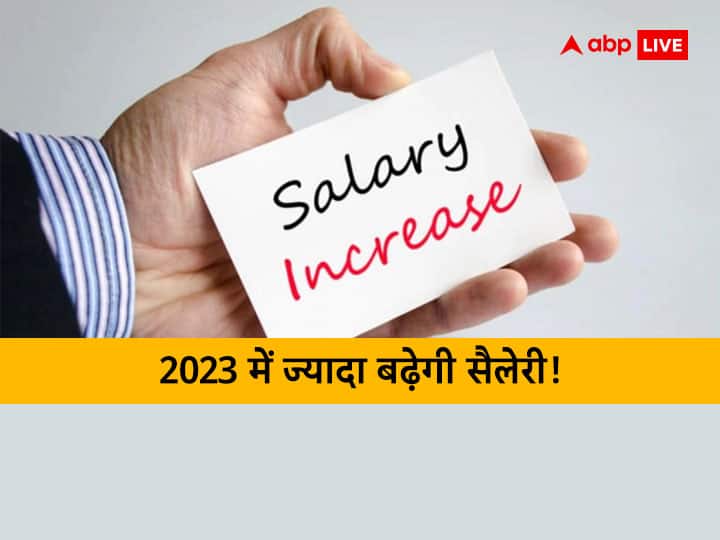 Salary Hike In 2023: Even though there are many challenges in front of the corporate world in 2023 due to the global crisis, but in 2023, the Indian corporate world is preparing to increase the salary of its employees more than in 2022. According to a survey, where there was an average salary increase of 9.2 percent in 2022, but it is expected to increase by 9.8 percent in 2023 and even more talented people can see their salary increase.

According to the latest survey of Korn Ferry, the focus of the companies is that more talented people should not leave the companies and go elsewhere. For this, companies are trying to stop the high performing employees by giving different types of talent management steps and formal retention and higher salary. This survey was conducted in 818 companies, in which it was believed that in 2023, there could be an increase in the average salary of 9.8 percent. During the Corona period in 2020, the average salary of the employees was increased by only 6.8 percent.

Korn Ferry’s Regional Managing Director Navneet Singh said that there is talk of recession and global economic crisis all over the world, but there is a positive thinking about the Indian economy that India’s GDP is estimated to be above 6 percent. He said that 15 to 30 percent salary hike can be seen in the salary of top talent people in companies.

According to the survey, the macroeconomic outlook is positive, but due to the constantly changing customer preferences, digital transformation, increasing participation, new types of pressure are increasing on the business. To stay ahead in this pressure and face the demand, corporates will have to transform the workforce. 60 percent of the companies said in the survey that they have adopted the hybrid model.