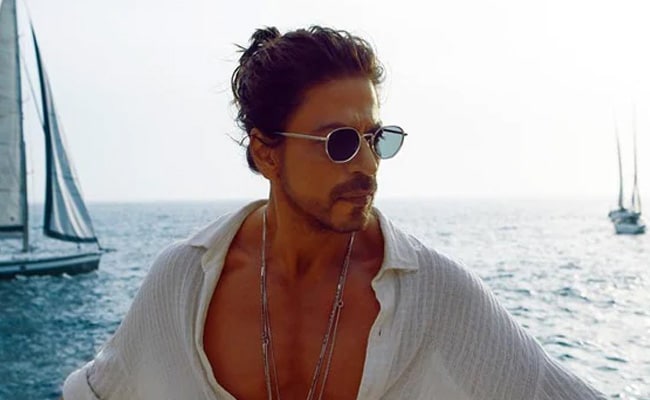 Actor Shah Rukh Khan, who is awaiting the release of his film ‘Pathan’, on Thursday conducted another session of #AskSRK on Twitter. In their short session he said, ‘Ask me anything.’ King Khan answered the questions of his fans in his funny style. The actor had to cut Sesh short, as he had to go out with the kids for a game of ‘pithu’ (lagori). Meanwhile, one of his fans shared a collage of the actor from his first television show that aired in 1989. From ‘Fauji’ to the 2004 release ‘Main Hoon Na’ and finally their look together in their upcoming film ‘Pathan’. ,

Oh wow, hadn’t seen it in years. Always an emotional moment to do this salute! https://t.co/sdDOoofoG4

Please tell that Sharukh’s film Pathan will be released on January 25. In this collage shared by the fan, ‘King Khan’ was seen playing the role of a soldier and saluting. Sharing the collage, he wrote, “One word for this journey #AskSRK @iamsrk please answer.” In response the actor wrote, “Oh wow, haven’t seen him in years. Always an emotional moment for this salute.” The actor’s tweet has garnered over 21,000 likes and 5.8 lakh likes since being shared.

One user wrote, “#Circus and #Fauji are two serials that are etched in our memories. Thank you so much for giving us such memorable moments.” Another fan said, ‘Nothing has changed.’ Another fan wrote, “Fauji was a hit TV series, Main Hoon Na was a superhit film. Pathan will continue this tradition. Another fan asked how much he charged for ‘Pathan’. The actor in his witty style said, “Kyun karna hai next film mein..??? Many people were speechless after reading his answer.

Hemant Dhyani said- We have lost a historical heritage like Joshimath.