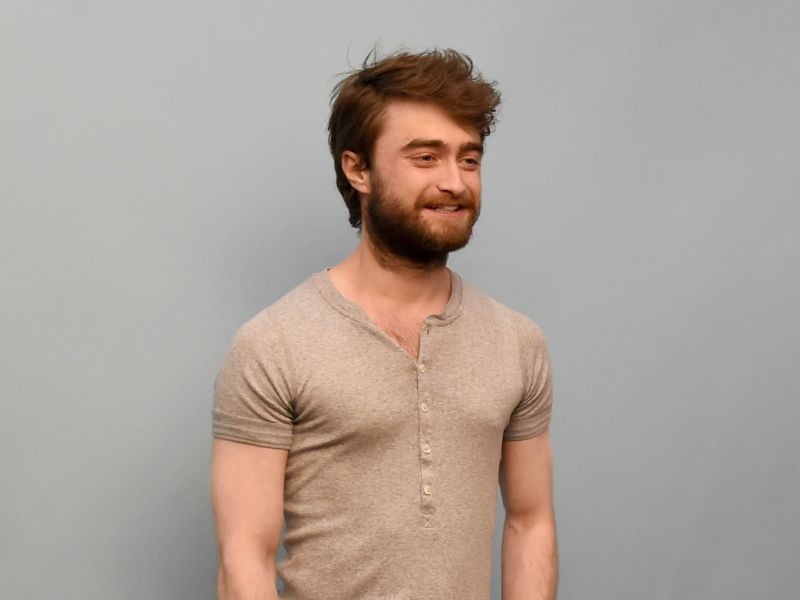 There are very few young girls who are not crazy about Harry Potter aka Daniel Radcliffe. This cute little boy with round glasses won our hearts instantly. Furthermore, this role helped him gain international recognition. Now he’s a grown up, handsome man who’s excited about dating and more. According to sources, the Harry Potter star has always led a simple love life.

However, in an interview, the actor talked about his priorities in love life. He said that he generally likes to date women in the film industry. It was because he thought those relationships were probably easier to manage.

So, would you like to know more about Daniel Radcliffe’s love life? Stay with us till the end as we will be sharing all the exciting gossips centered around the young celebrity. let’s take a look!

Some interesting facts about Daniel Radcliffe

Needless to say, Daniel Radcliffe became a household name after the Harry Potter movies came out. People remember him the same way even today. Daniel Jacob Radcliffe was born on 23 July 1989 in London, England. He is currently 32 years old.

We know him primarily for his roles in various screen and stage genres. Daniel is the recipient of several prestigious awards and nominations. These include two MTV Movie & TV Awards, a People’s Choice Award, and an Empire Award. In fact, he also received nominations for a Grammy Award and two Drama Desk Awards. There were nominations for four Critics’ Choice Movie Awards and one Canadian Screen Award.

According to sources, Radcliffe made his acting debut at the age of 10 in the BBC One TV movie David Copperfield (1999). In 2001, he starred as Harry Potter in the film adaptation of JK Rowling’s fantasy novel. The film was Harry Potter and the Philosopher’s Stone. Over the next few years, he played the lead role in the remaining six parts of the book. The last one came out in 2011. In fact, by that time he had become one of the highest paid actors in the world. Moreover, he achieved worldwide fame and recognition.

Following the success of Harry Potter, Daniel also starred as a lawyer in the horror film The Woman in Black (2012). In fact, there were many successful projects that he was a part of. Radcliffe left the scene in 2007. As per the sources, he has contributed to several charities. This includes Demelza Hospice Care and the Trevor Project for Children. He also received an award for the latter in 2011.

Who is Daniel Radcliffe currently dating?

Many of you would be curious to know the answer to the question, who is Daniel Radcliffe dating? We are here for your chat with all the details. The handsome actor is currently dating fellow actor Erin Drake. As per sources, the couple is in a serious relationship and it is not just a fling.

The two have been together for a few years now and are planning to reunite in the future. In fact, Radcliffe recently celebrated a decade of working with Drake in March. The pair met in the 2013 film “Kill Your Darlings”.

It was a memorable meeting for both of them. The interesting thing is that their first meeting in the film was also very intimate. It brought them both together. Additionally, the actor says, “It’s going to be one hell of a story to tell our kids one day about what our characters do to each other.”

In fact, for Radcliffe, it was kind of ironic that his characters had little romantic encounter in the film, and this would later be reflected in his real life. Just like their characters used to flirt in the beginning, they did the same in real life.

Why does Radcliffe prefer dating women in the film industry?

If you are a fan of the handsome actor, you must have seen him talking about the ideal type of woman in his interviews. Well, this time around, Daniel Radcliffe revealed that he prefers dating women in the industry. This was mainly because he felt that “they can be sure of being with you all the time and the love scenes you do. Where you kiss someone else, it takes a while to get used to”. Is.

Although, on the other hand, dating women from different professions will be difficult. They will find it difficult to accept affection on-screen. In fact, he also revealed that it was uncomfortable for him when he was dating an actress who had to do a love scene with someone. That’s why he thinks it better to date someone from this industry.

Did you know that Radcliffe never wants to date any of his fans?

So do you want to know what are his other priorities apart from dating someone in the film industry? The actor revealed that he has another standard when it comes to dating others. Radcliffe said that he would never date a fan because that would be crossing the line.

He would find it really awkward to be with her, and hence there would be problems. Radcliffe has openly admitted that he’s slept with Harry Potter clansmen in the past. However, that was only after drinking. He was also quite nervous about the groupie. In fact, he would like to have a good relationship with someone before getting physical. In such a situation, when many times he slept with someone after drinking alcohol, it usually did not happen.